The internet is a network of 1.7 billion websites with 4.5 billion daily active users. These websites are composed of even billions more of webpages. What makes these web pages possible is HTML and another programming language called PHP.

How Do I Hire a PHP Developer?

PHP stands for Hypertext Preprocessor. It’s a programming language used on the server-side to manage content and existing databases or even build complete websites. On a more technical definition, it is what precedes HTML in a server. PHP helps servers understand and execute HTML, while the latter is what helps a web page display information to the user.

What do PHP Developers do?

PHP Developers help a client or a company set up their website by writing, testing, and maintaining code. They may be involved with a team of web developers to achieve the completion of a website.

How many PHP Developers are there? (and other statistics)

How much do PHP Developers Earn?

Based on experience, PHP developers’ earnings vary. For individuals with more than 5 years of experience, earn more than the average of $80,000 annually.

It also depends if the PHP developers work under contracts or if they’re freelancing. Freelance PHP developers earn higher than their contracted counterparts, earning 20% more which amounts to $96,000.

Recruiters from companies who are prioritizing reducing costs rather than maximizing efficiency will want to employ entry-level PHP developers. It does come with risks, and interviewers should establish strict systems to find out whether the candidate will be able to meet the requirements for the job. For newer companies, there’s more leeway for choosing candidates.

What Interview Questions Recruiters Should Ask a PHP Developer?

Recruiters who are hiring aspiring PHP developers can save time and energy by assessing which skills candidates already possess. A quick glance at their resumes should provide information on what experiences these candidates already have.

Recruiters aren’t necessarily required to have a background in PHP, but questions like “How would you explain PHP to someone who doesn’t know anything about websites?” measure their ability to look at a bigger picture.

An ability to simplify complex topics while still retaining the same level of logic is an important skill for anyone working in an organization, as most projects require collaboration and communication. This is expected as there is always the possibility of other staff lacking the necessary knowledge to comprehend complex technical jargon.

What Backgrounds Should Recruiters Consider?

Recruiters can ask about an applicant’s educational background. The most ideal candidates will have undergone training at universities with dedicated IT and software development programs. Candidates get the necessary on-the-job training experience while they spend their time at the academe, and give them knowledge of how the real-world working environment is.

Recruiters who interview individuals without the necessary educational background can focus instead on previous work experience. That’s where a portfolio becomes extremely useful. An individual with an extensive and proven track record will always be a more favorable candidate than one who doesn’t have.

When looking at portfolios, recruiters should also consider what companies they’ve worked for, as obscure companies won’t really give much exposure for the candidate, unless recommendation letters are involved.

What is The Ideal PHP Developer’s Personality?

PHP developers are very similar to software architects, Java Developers, and pretty much anyone working with computers. They have INT- personalities based on the Myer-Briggs Type Indicators. PHP developers should be able to grasp abstract concepts easily, as they will be laying the foundation for websites using information based on the business’ needs and objectives.

Although PHP developers (or software developers, in general) prefer working alone, they will eventually have to collaborate with several people so they’re all in the loop. Recruiters and interviewers should be able to see a pattern in a candidate’s responses – the latter would have to outline steps to solve a problem. A PHP developer will approach a problem using logic.

Aside from logical and analytical skills, the best PHP developers have persistence. PHP developers will write code for extended periods of time – it’s a mentally daunting task, but the ones who can stick out until project completion are the best candidates for the role.

LinkedIn has become one of the most important social media platforms for professionals. It’s a great place to…

Looking for the best recruiting and staffing agencies in Boston? Look no further! In this article, we’ll provide… 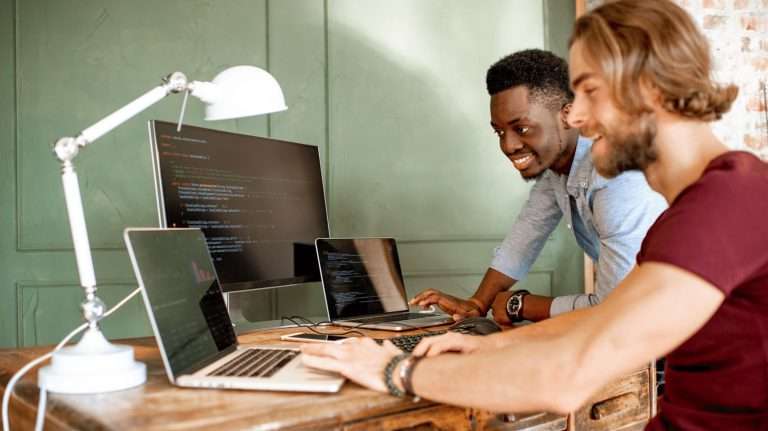 If you’re like most companies, you’ve probably been struggling to find qualified DevOps engineers. The demand for new…

The hiring trends of 2023 are uncertain. Some experts suggest that we’re headed for a recession and that…

As social media continues to evolve and new platforms emerge, the way we use it for recruiting also…

If you’re in the market for a new hire, you might be wondering about retained search. What is…