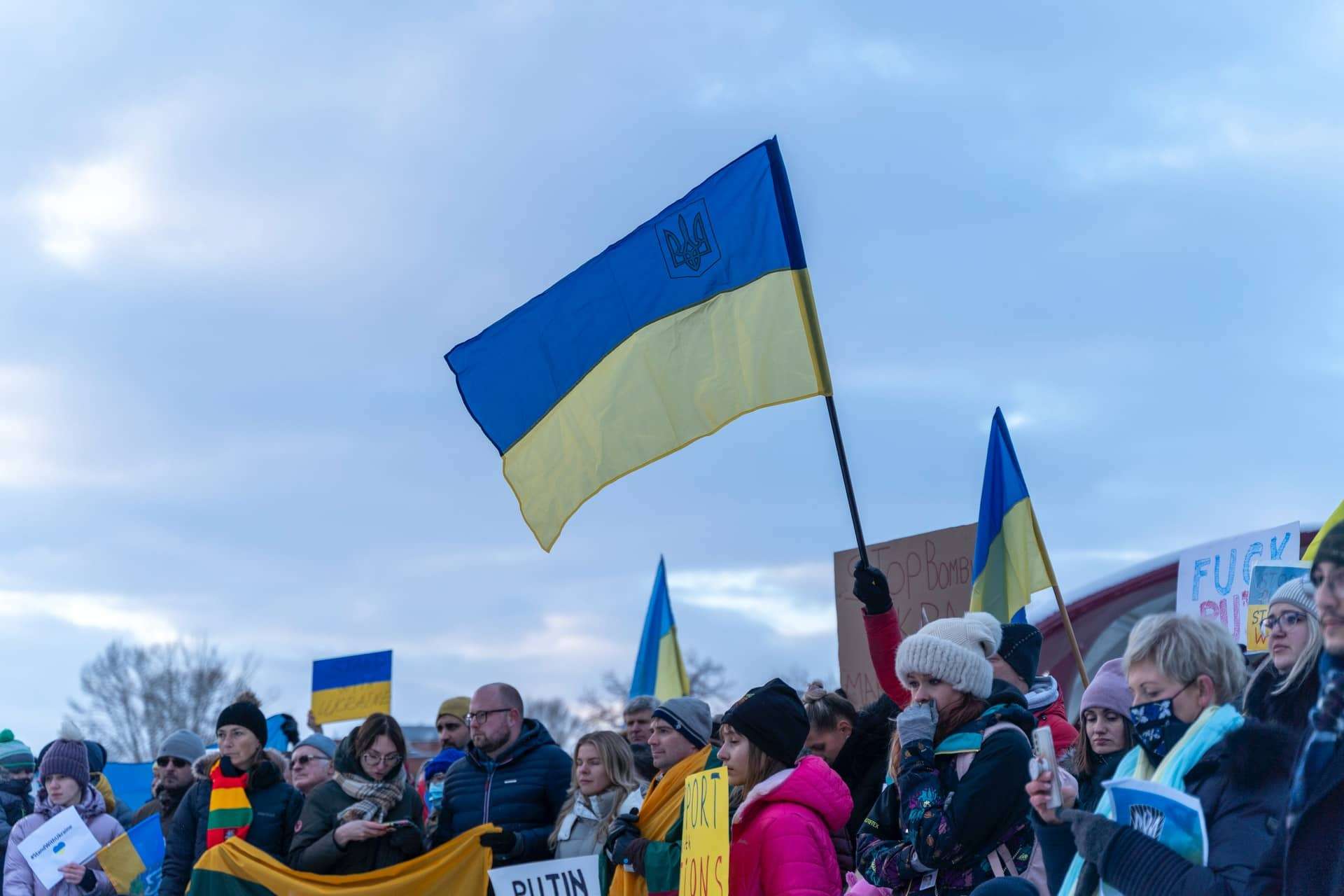 Russia launched a full-scale invasion of Ukraine on 24 February 2022, deepening the Russo-Ukrainian Conflict that began in 2014. The assault generated Europe’s biggest refugee exodus since World War II, with over 8 million Ukrainians fleeing the nation and a third of the population fleeing.

This has had a major impact on businesses, with many having to close down or scale back their operations. The situation has also had a profound effect on the labor market, with unemployment rising sharply and wages falling in real terms.

The war has had a devastating effect on Ukraine’s economy, with GDP contracting by 10% in 2014 and 2015. This is despite the fact that the country had been one of the fastest-growing economies in Europe prior to the conflict.

The situation has improved somewhat since then, with GDP growing by 2.3% in 2016 and 2.9% in 2017. However, this is still well below the levels seen before the war.

The conflict has also led to a significant decline in investment, with foreign direct investment (FDI) falling from $8.3 billion in 2013 to just $2.8 billion in 2016. This is partly due to the fact that the war has made large parts of the country inaccessible to investors. 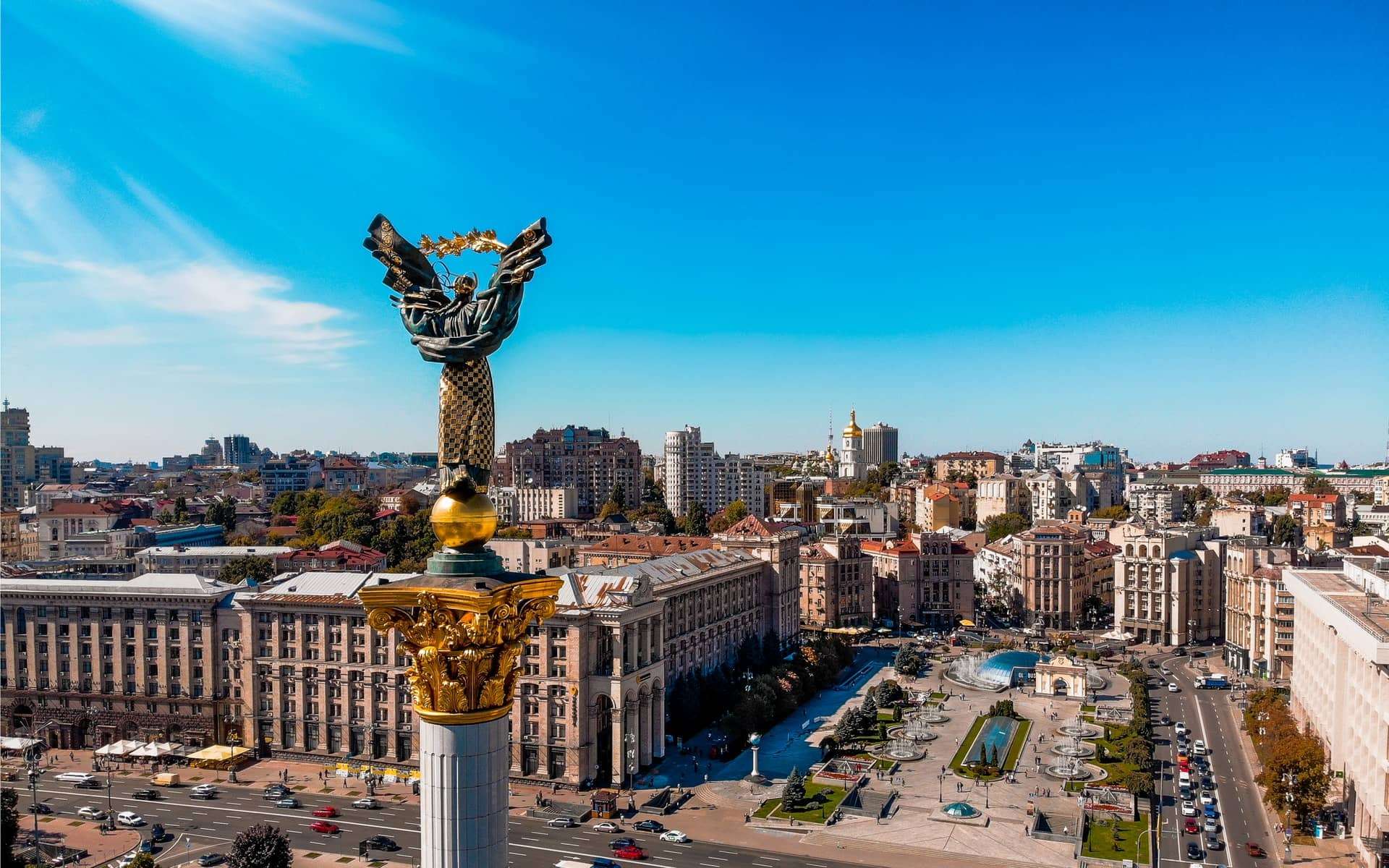 The war has also caused a brain drain, with many of Ukraine’s best and brightest leaving the country in search of better opportunities elsewhere. This is particularly true of young people, who are often the most affected by unemployment.

Despite these challenges, Ukrainian businesses have shown great resilience. Many have adapted to the new reality and are thriving. The country’s human resources (HR) sector is one of the most developed in the region and is leading the way in helping businesses to survive and thrive in spite of the conflict.

The Ukrainian Human Resource (HR) sector is highly professional and well-regulated. It has a strong focus on training and development, and many HR professionals have international experience. This has helped businesses to maintain high standards of HR practice in spite of the difficult operating environment.

The sector is also playing an important role in supporting the country’s economy. By helping businesses to retain and develop their workforce, the HR sector is making a valuable contribution to Ukraine’s recovery.

Our Interview With HR Generalist at Lemon.io 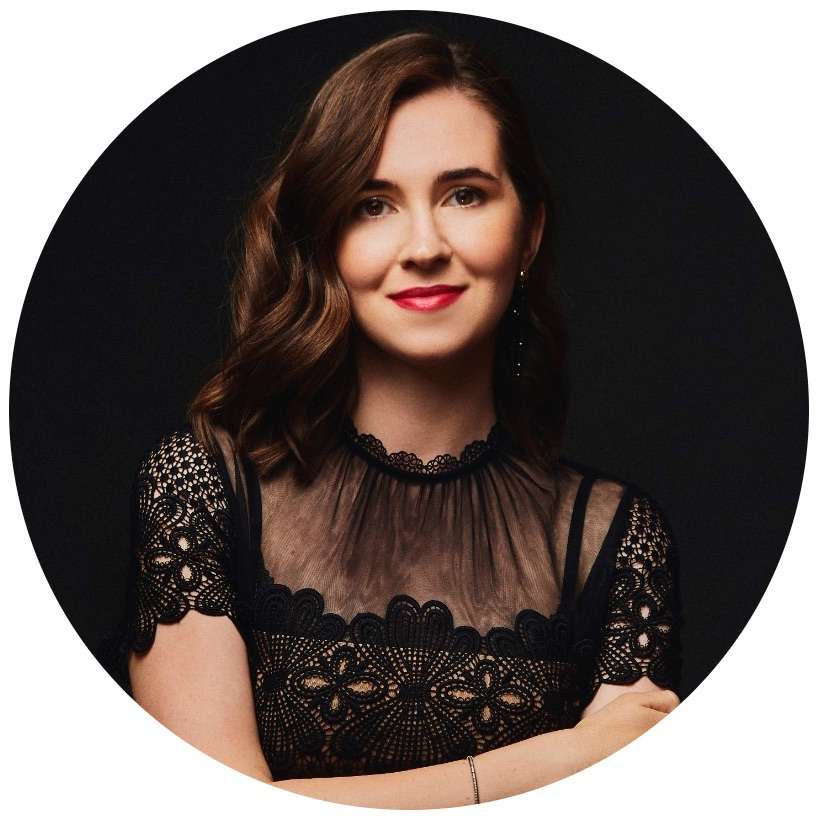 We had the chance to speak with an HR generalist, Yana Kurets from Lemon.io about how they’re managing their team and business during the conflict.

Lemon.io is a Ukrainian IT outsourcing company with a strong focus on product development. The company was founded in 2015, and since then, they have helped its clients to build over 100 successful products.

The team at Lemon.io is made up of over 70+ professionals, including developers, designers, and project managers.

What is the Current Ukrainian HR Situation

Yana sighted that “the current Ukrainian HR situation is very difficult. We have many employees who live in the conflict zone and their safety is our top priority. We also have a lot of staff who are working remotely, which presents its own challenges.”

“Before the war, business continuity was our main concern. No one anticipated that the threat would be so great and that human lives would be at such risk,” says Yana

Now HRs from every company have to take care not only of themselves but also the many employees they are responsible for. Yana recalls how shocking and confusing were the first few days following the start of the war. It was impossible until the end to believe such an event could happen.

As Yana was still reeling from the initial shock, she received a message from the founder of Lemon.io (the best site to hire programmers). “During those difficult first days of the war, I remember a moment that helped me the most. It was when the founder of Lemon.io asked me to assist my teammates and take care of them. At that time, he told me this was my sole responsibility. Taking on this task allowed me to focus on helping others.”

How Ukrainian HR is Saving Their Companies

The war in Ukraine has been going on for over two years now. In the midst of all the turmoil, Ukrainian HR professionals are leading the way and finding ways to keep their companies afloat.

With the beginning of the war, Lemon.io’s first goal was to ensure all of its employees were safe. In those early days, Yana took on the responsibility of ensuring everyone was out of harm’s way. “We created a chatbot, “I’m safe,” a useful tool that asks our colleagues twice a day if they are safe and well. At this point, all other operations stopped. Helping people and the company survive was the main objective.”

When Talent Acquisition was short on hands with many of its teammates on occupied territories or in the midst of active military action, the HR team decided to help. They switched to findinging freelance coders for Lemon.io. “We switched from internal recruitment to recruiting developers,” explains Yana.

Internal recruiting only resumed at the end of April. “Our clients noticed better results than before the war. In March, the company achieved a record GMV of $1,2 million. These results prompted us to restart internal hire.”

How to help your employees during the war?

There is no guidebook or list of best practices to solve the issues that arise during wartime. Essentially, HR decisions are based on the values and culture of the company. Our company is fortunate to have a culture of open communication, support, and collaboration fostered by Lemon.io’s founding members. Whenever a colleague needs help, people are more than happy to give their time and resources,” says Yana.

Our Lemon.io HR team has implemented the following practices that have been successful:

“Every day, including weekends, I wrote to people. Not only did I ask, “How are you?” but I also tried to have some small talk about things like hair care or coffee. It became a tradition for us to catch up every day. So many of my teammates thanked me for these conversations and the attention they received. One colleague said, “these daily conversations provided a real sense of community.” 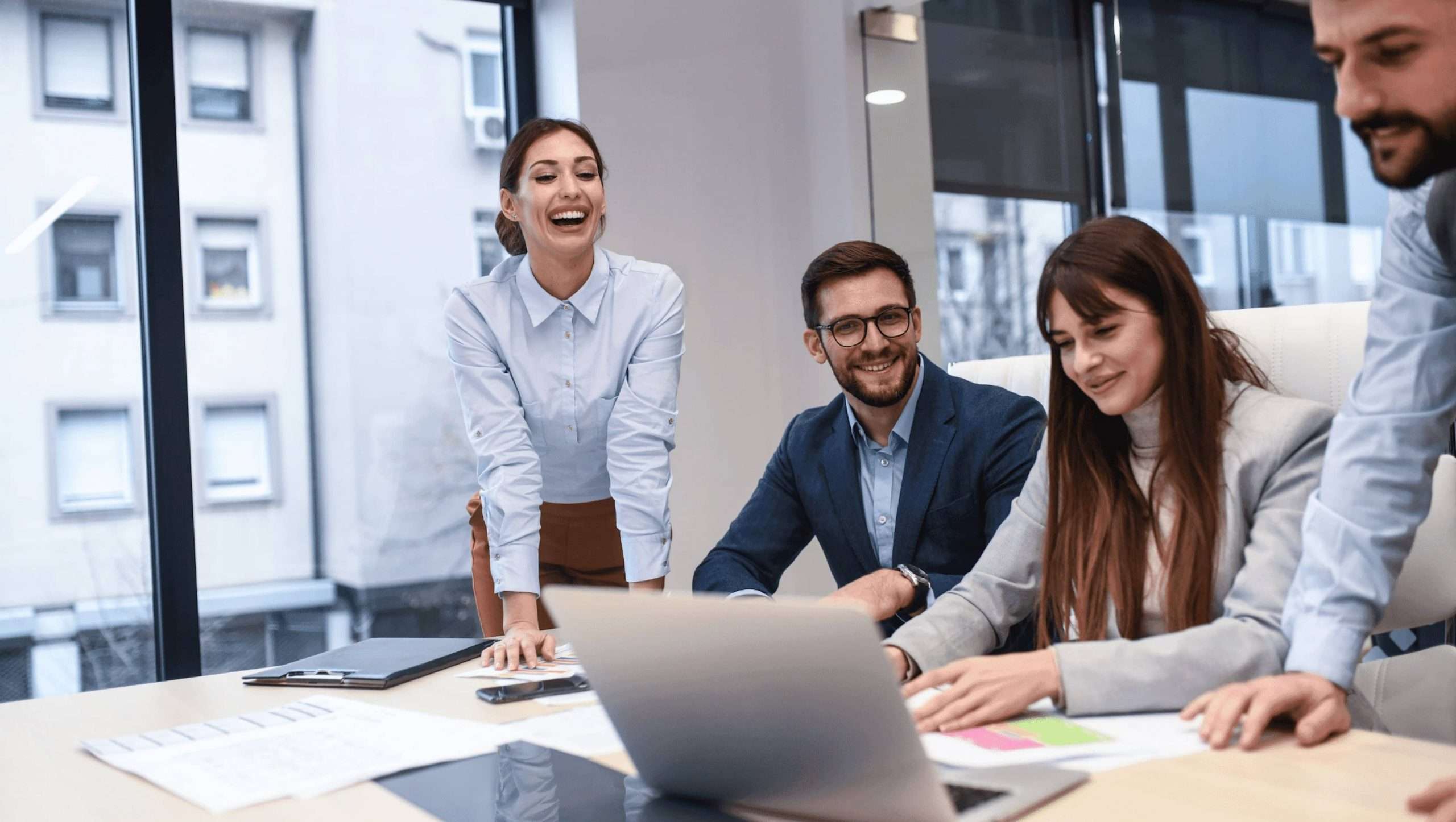 HR professionals should always consider a person’s life outside of work. An employee’s productivity and efficiency can be adversely affected by family problems or health issues.

Nowadays, however, every Ukrainian is under tremendous pressure. Yana explains that she does not expect her colleagues to ignore the current situation and continue as if nothing had happened. “We all feel the effects of the war, so we need to take that into account when we plan our KPIs.” That is precisely what Lemon.io is doing – prioritizing its people instead of demanding extreme performance results.

The TA team, for example, wanted to conduct interviews even during air raids. To minimize risks and not worry about conducting interviews in such difficult situations, this task was removed from their plate and replaced by written assignments. Some colleagues said they would leave the city under fire by using their vacation days. Rather than on vacation, we allowed them to do this on paid working days.

After the situation stabilized and people relocated to safety, the company returned to its processes and initial goals. “As part of our discussion, we agreed that our normal work processes should be resumed to continue to make a profit that can be donated to Ukraine aid organizations. Our company has donated over $300K in profit to various Ukrainian humanitarian organizations. Currently, my priority is to hire new staff members and help the team overcome challenges,” says Yana.

The power of the Ukrainian HR community

“I belong to an HR community, which connects many Ukrainian HR professionals. We have been preparing for the potential war together and are now dealing with current challenges. In this community, I’ve found great ideas that we have used in Lemon.io. I also have a mentor. She has helped me find a solution for providing support to Lemon.io employees who are shy about asking for help. We created and distributed questionnaires to all employees asking if they needed counseling sessions, informal meetings, or psychological education. All of this was well-received among colleagues.”

Despite all the challenges, businesses continue to operate, and HR teams quickly adapt to a new normal. Many HR managers learned flexibility, acceptance, and the importance of community during this uncertain time. Regarding the return to pre-war goals, it is hard to predict how soon they will be reached. The truth is that Ukrainian HR professionals will have to be resilient, creative, agile, and flexible to support and accompany businesses as they undergo constant changes. 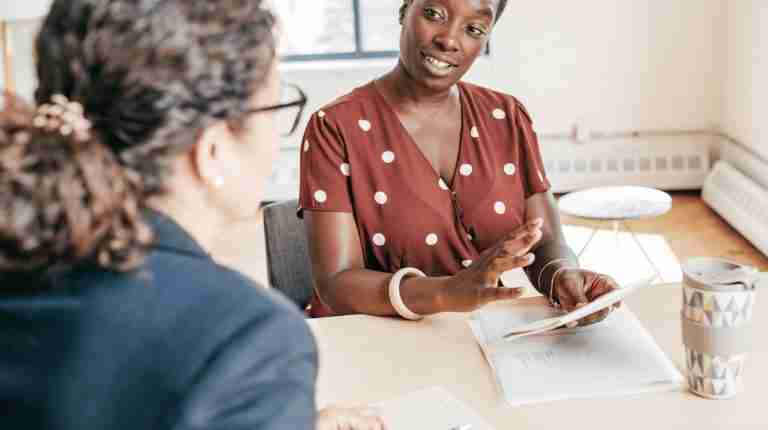 If you’re a hiring manager in the technology industry, odds are that you’ve heard of “technical recruiters.” But… 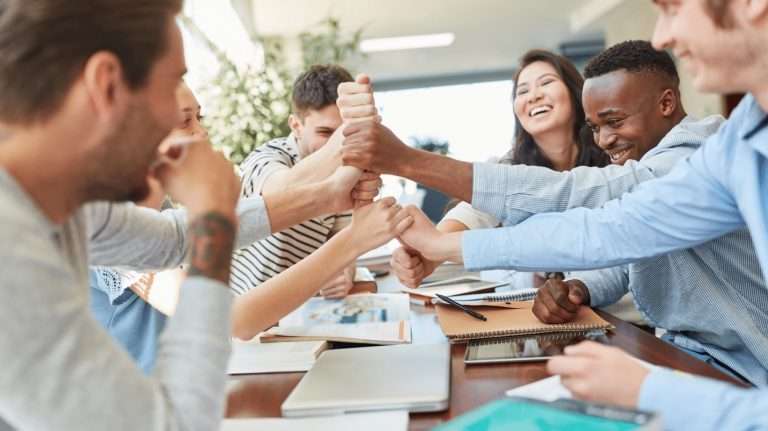 Two harsh realities come to play when you look at the workplace. One is with the fact that… 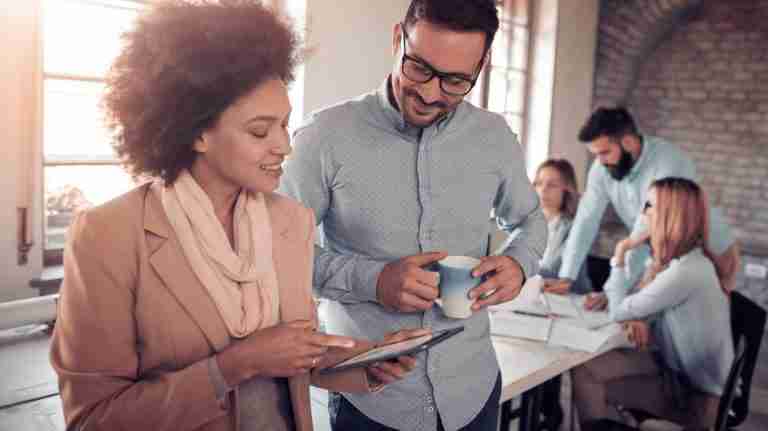 The U.S. Department of Labor predicts that over the next decade, technical project managers will be in high… 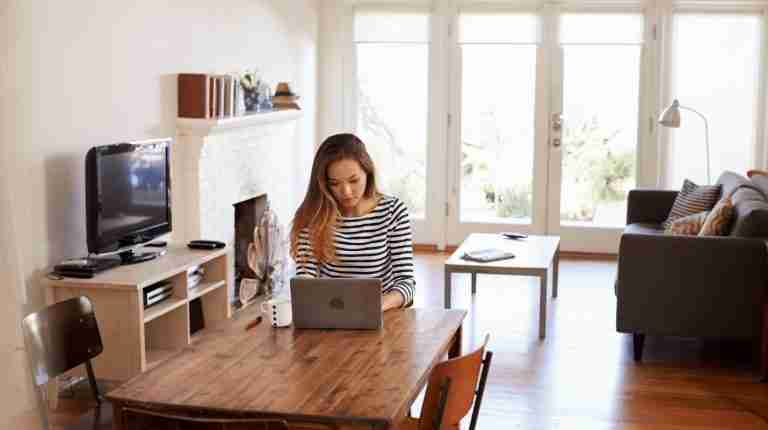 Working remotely is the future of work. It’s been a long time coming, but with more and more… 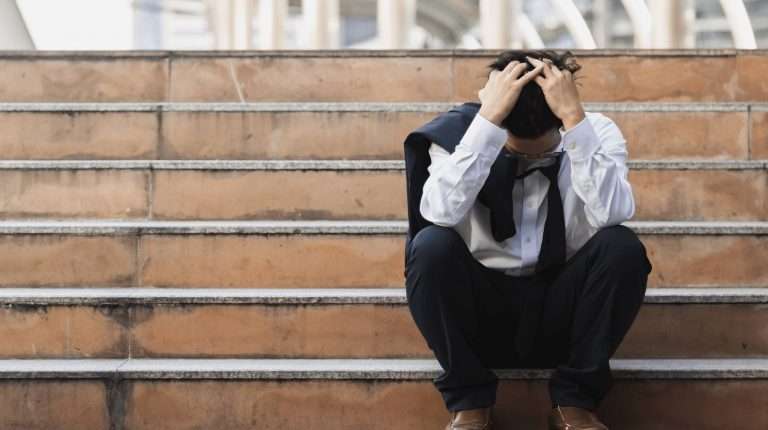 Tech layoffs have become a regular occurrence in the tech industry over the past few months. But they… 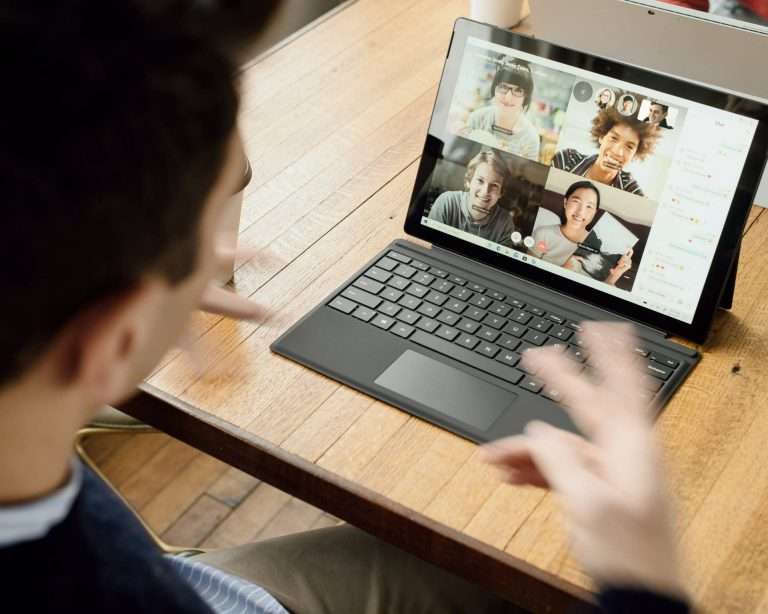 Looking for the best video interviewing platforms? You’re in the right place. We’ve compiled a list of the…